Blog - Latest News
You are here: Home / News About Us / Woolson Participates in Roundtable Discussion on IPTV’s “Iowa... 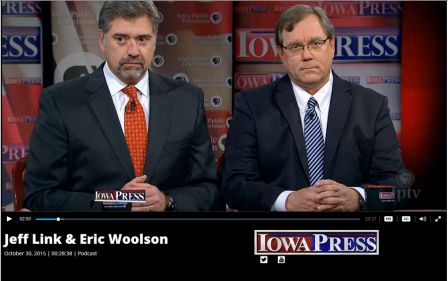 Woolson, a former Iowa journalist who was also a panelist on “Iowa Press” for seven seasons, has worked as an Iowa communications director or manager for six presidential campaigns. Link served as a media consultant for President Obama’s campaign, directing all paid media and polling in 25 states, including seven battleground states. During the 2012 election, Link once again served the Obama-Biden campaign as an outside adviser.

The program also can be viewed here.