Blog - Latest News
You are here: Home / News About Our Clients / Continental Clothing closing after 120 years in business 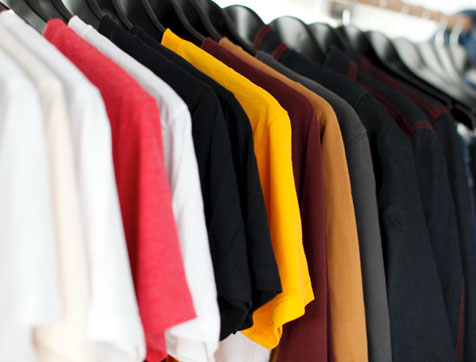 GALESBURG — Continental Clothing, a local retail icon for more than 120 years, will sell its entire inventory and close its doors, bringing five generations of family involvement in the business to an end.

“All good things must come to an end,” said owner Pat Burns. “To think that there’s no one alive today who would have been around when The Continental was founded is pretty amazing. We’ve had a good, long run and now it’s time to spend some more time with my wife, kids and grandkids.”

Continental Clothing was founded by two Chicago businessmen who opened a half-dozen stores in Illinois and Wisconsin from the 1890s into the 1900s. Burns’ great-grandfather and his brother were hired to manage the local store.

“I don’t know how long the other stores went, but a friend of mine from Oshkosh said that store was open until 1972 or 1973 and it was the last of the other five,” Burns said. “I do know it was somewhere around the 1920s the owners wanted out so they sold their interest to the people who had been managers. That’s when my great-grandfather, Oscar Little, and grandfather, W. Harlan Little, would have bought the store.”

Burns noted that Harlan Little was his mother’s father and that Oscar Little’s wife, Mae, was a “big force” in the store’s success. “She was still here in the late 1950s when I was a kid and started working here by running errands and things like that when I was eight or nine,” he added.

Burns’ father, John, married into the family after returning from World War II. He and his wife, Louise Little Burns, were living in Chicago when his father-in-law called and invited him to go to work at the store.

“He started working full time here in 1947 and worked until 2006. In fact, he tried to retire twice but he could only stay retired for about 10 days,” Burns smiled. “I started in 1971. He was definitely happy I was here and I feel so fortunate that I was able to work with him for so many years.”

Between 1895 and 1910, The Continental was in several downtown locations. One move was necessitated by a 1908 fire that required its owners to rebuild. The store stayed in that spot on Main Street until 1961 when it moved across the street to a larger building and its existing space was torn down. In 1999, Burns moved the business again to its current — and smaller — location just off Seminary Street.

“I was going to remodel the big store, saw this location and knew this was where we wanted to be,” Burns said. “It had been a uniform store and kids’ store so we didn’t have to do a lot of work to get it where we wanted things to be.”

Burns met his wife, Terri, when she was shopping for a shirt for her father at the store. Terri Burns eventually worked at the store, as did the couple’s three children during their high school and college years. The three now live in Wisconsin, North Carolina and Urbana, and will be returning to help their father with the retirement sale.

The business has survived and thrived during a number of economic ups and downs over the decades, including the challenging times of the mid-1980s agricultural recession and the 2003 closing of the local Maytag factory. The arrival of casual Friday, which ushered in the Monday-through-Friday casual workplace was another hurdle for the independent men’s clothier.

“We stayed pretty much with dress clothes the entire time,” Burns said. “Customer service and quality products have always been very, very important to us. We succeeded by treating people like we want to be treated and making sure people were proud to wear what we sold them and tailored specifically for them. There has been a trust between our customers and us from the first day right up through today. That means a lot to us here.”

Burns said he will miss his daily interaction with customers most, but owning a store open six days a week — and seven days a week during the Christmas shopping season — is very demanding.