Blog - Latest News
You are here: Home / News About Our Clients / After 115 Years in Business, Lee & Hanson to Sell Entire Inventory,... 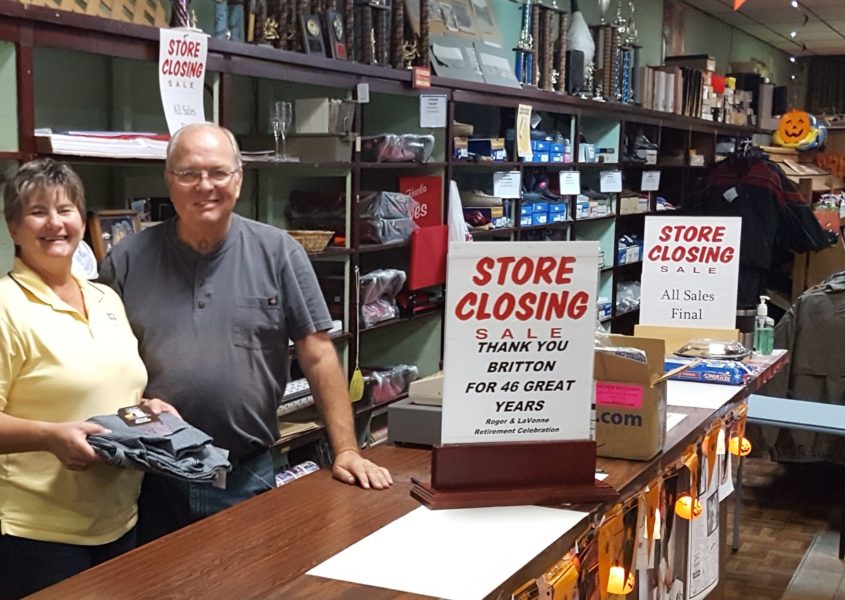 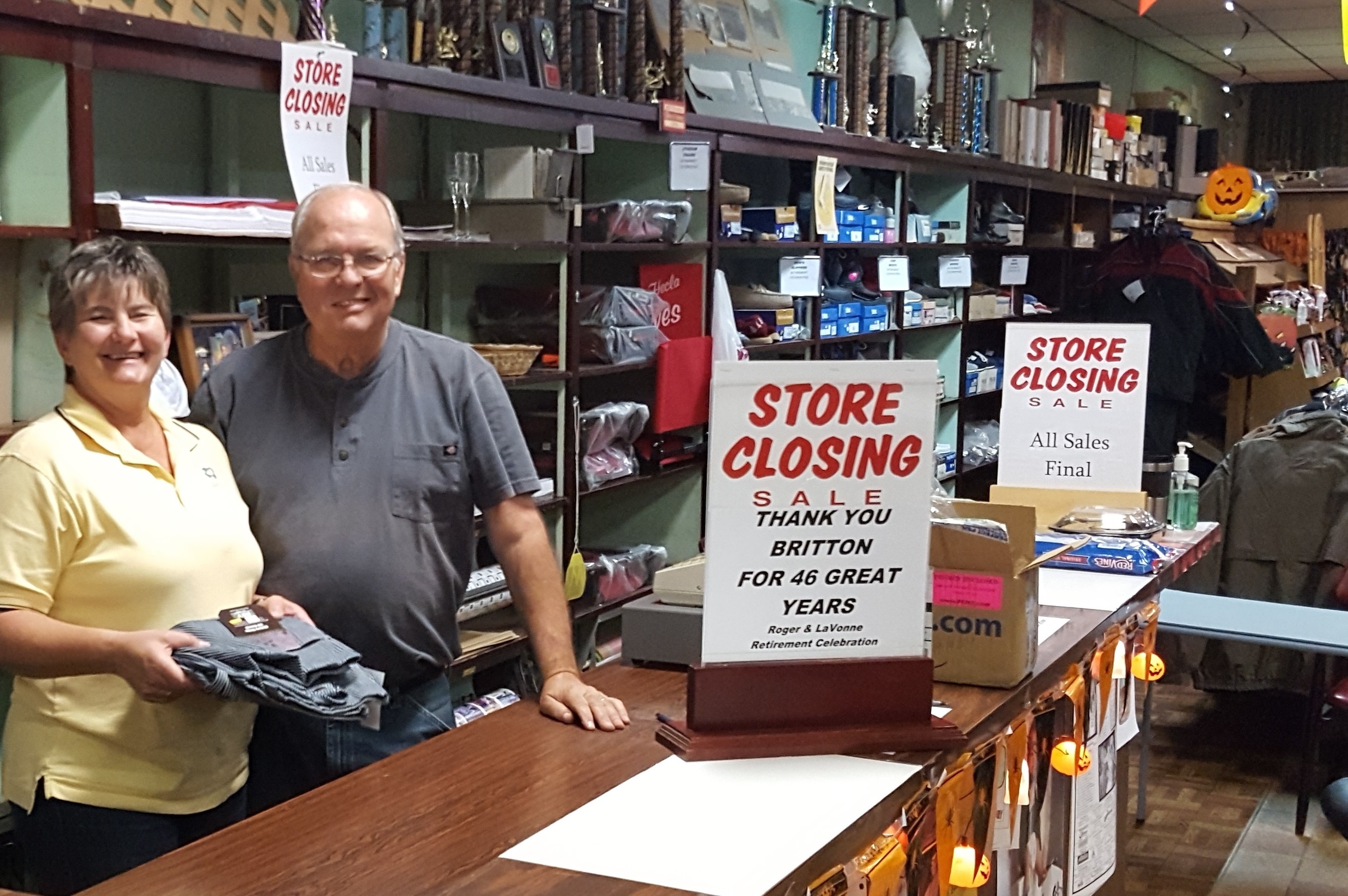 BRITTON, S.D. — After 115 years in business, including 40 years under the ownership of Roger and Lavonne Furman, Lee & Hanson men’s clothing store will sell its entire inventory and close its doors.

“We discussed it with a consultant four years ago and he said, ‘I don’t think you’re ready yet.’ He was right. We were concerned then and we’re still concerned about the effect on the community,” Furman said. “The store was a staple in a lot of lives for a lot of generations. Lavonne and I know it’s the right time, but we do it with heavy hearts.”

The store’s tenure speaks to its remarkable success to weather economic ups and downs, changing consumer demands, population shifts and other forces. Only about half of all new businesses survive five years or more and about one-third survive beyond the 10-year mark. According to a recent U.S. Census Bureau statistic, only 0.008 percent of U.S. businesses reach 100 years old. Twice as many Americans — 0.017 percent — live to 100 and beyond.

Lee & Hanson got its start in 1901 when a Wisconsin businessman moved to Britton and opened the store. Its name was established about a year after its founding when a partner bought into the store. Over the years, various family members were involved with the store, including a third-generation member who was a retired New York schoolteacher.

“I came into the picture in 1970 as an employee, bought the store in 1976 and the rest, as they say, is history,” explained Furman, who took an unusual route into men’s retail.

Furman studied at a trade school in Wahpeton, N.D., as a machinist and had been an seasonal employee at the grain elevator in his hometown of Kidder, S.D., when he went looking for fulltime work and landed a job at Lee & Hanson.

“My wife and I were actually going to join the Peace Corps. She had an accounting degree and growing up in rural America we thought we’d probably do something like that,” he said. “We told the fellow I was working for about it and a short time later, he made me an offer to buy the store. we thought long and hard, and decided that would be a better move for us at the time.”

A key to Lee & Hanson’s longevity has been its regional popularity, beginning with its county seat status.

“We’ve had a pretty good draw being 60 miles from Aberdeen, 195 miles from Sioux Falls and 120 miles from Fargo,” Furman said. “I remember growing up what a treat it was to get to come to town and there were a lot of little towns around the area where the feeling was the same.”

Lee & Hanson was able to ride out the storms of severe economic downturns over the years, even when interest rates for operating capital hit 20 percent. “It wasn’t only tough on Main Street; it was tough for rural, too. We rode along with it — and together we survived.”

New challenges have arisen for independent men’s clothing stories these days, including big-box stores, the rise of casual Friday and fierce competition from internet retailers. Yet, Furman has enjoyed a special bond with Lee & Hanson’s customers.

“They’re priceless. They’ve been a part of my life and my livelihood. They’ve been my friends and confidantes. I’ve spent 46 of my 69 years here so this has been my second home,” he said. “This will come as a big surprise to a lot of people because a lot of people really, really rely on us. Some will say, “You have to think about this again before you do it,’ I’m sure, but others will say, ‘Good for you!”

He added, “I don’t know that there’s ever a good time, but it’s the right time.  Most days, it wasn’t a job at all. It was a way of life that I’ve loved. I enjoyed the ups and downs and the challenges, but most of all, I loved the people. Lavonne, our children Ryan and Lori, and I thank everyone for being a part of that. I have four grandkids who are very special to me and they’re are just starting activities. And, I’m still going to be involved in the community.”

Thongs for larger men? Life lessons from a big-and-tall retailer
Scroll to top