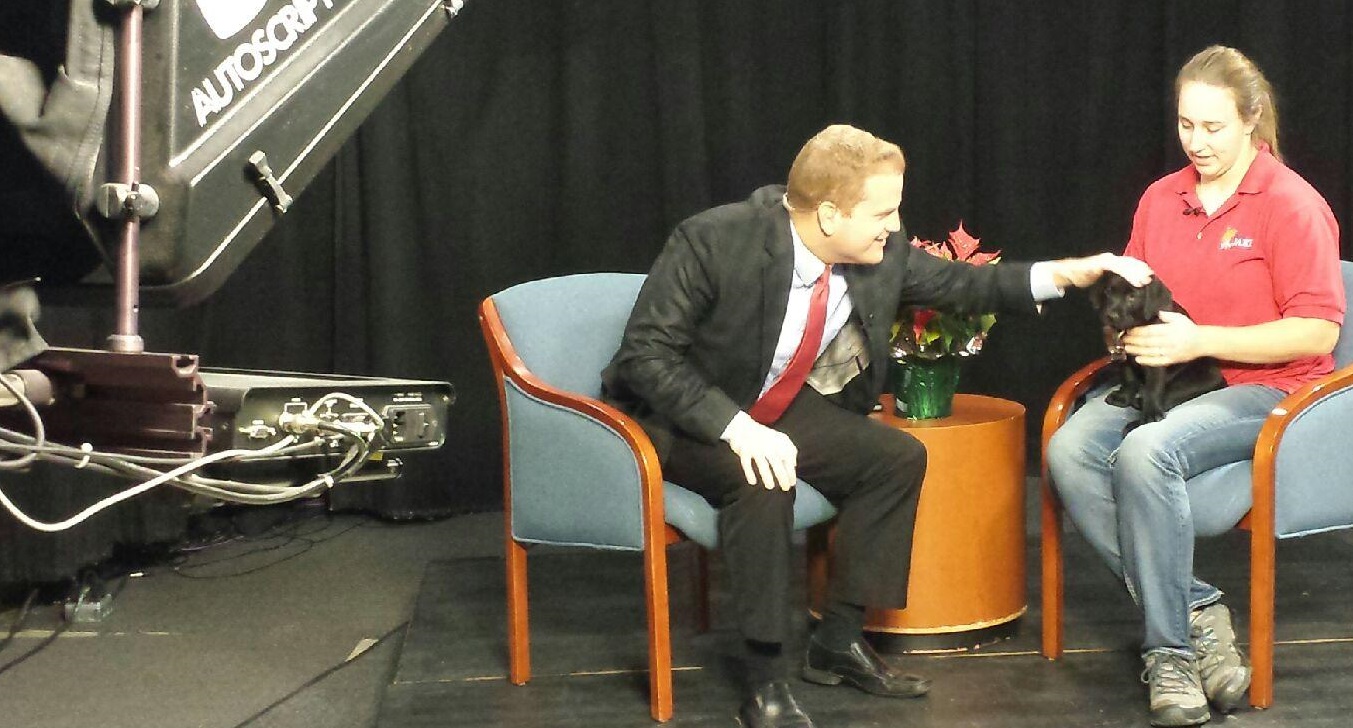 DES MOINES — WHO-TV reporter Reed Chandler filed a Christmas Eve story about the Puppy Jake Foundation, starting, “A new puppy might just be the perfect Christmas gift for many, but it’s an even greater gift for those who have served our country, one local group says.”

Chandler’s story, which can be seen in its entirety here, notes, “‘What Puppy Jake Foundation does, is it raises service dogs for military veterans with post-traumatic stress syndrome,’ said Dr. Nancy Peterson, a veterinary adviser for the foundation. It might sound a bit far-fetched, but Dr. Peterson points to numerous studies proving man’s best friend can do wonders for someone suffering from post-traumatic stress. ‘They are trying to be a safety net, essentially, between the veterans and the environment – the stimuli that can trigger their syndrome,’ she said. ‘Whether it be other people, noises in the environment, we do find that the veterans do a lot better when they have that kind of barrier there.’”

Four days later, the foundation’s dog trainer, Renee Jetter, was interviewed by weekend anchor Erik Wheater during a Saturday morning segment that included a seven-week-old black Labrador named Harold. The puppy is part of PJF’s latest class of puppy’s that have just begun more than 18 months of training before they are given to military veterans experiencing PTSD.